It’s with much excitement that we introduce the 2020  RBC First Peoples Enterprise Accelerator Program EntrepreNorth cohort! 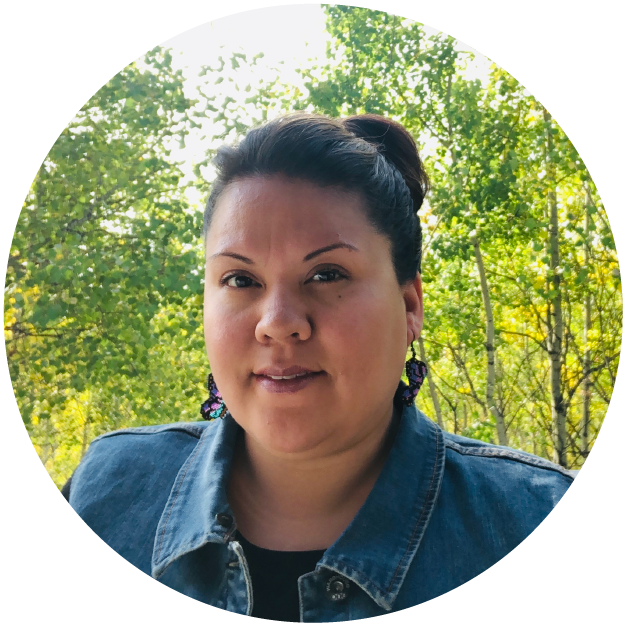 I’m Teri-Lee Isaac, I’m Northern Tutchone from Pelly Crossing. I’m a mother of 3, a wife, an artists, and Heritage Manager for Selkirk First Nation. I began my interest in culture tourism a few years ago by doing boat tours to Fort Selkirk. Since working as a Heritage
Manager, I’ve noticed the opportunity quickly when visitors asked, “How do you get to Fort Selkirk?” My answer was always, by boat, but there was no one doing it, so here was my opportunity to get this started.To date, I’ve done my research and know the tourism command, now I just have to launch the business. I feel ready!

Alexander (Alex) Flaherty was raised in Grise Fiord, Nunavut. After being relocated from Northern Quebec in the 1950s, Alex’s grandparents had to adapt to survive the harsh conditions of the High Arctic. Alex, who grew up hunting and camping with his father and extended family, developed a passion for the outdoors at a young age. Following graduation from Arctic College’s Environmental Technology Program in 2008, Alex began a career in environmental conservation and sustainability. For almost a decade, he worked for the Government of Nunavut’s Division of Fisheries and Sealing, teaching Nunavummiut the land-based skills needed to hunt and fish in the Arctic. In 2017, Alex started Polar Outfitting, a company with 100% Inuit staff that provides Inuit and non-Inuit alike the opportunity to experience Canada’s Arctic through the lens of traditional Inuit knowledge. Alex particularly enjoys working with children and youth, teaching them the hunting skills and land-based literacy necessary to adapt and survive in Nunavut. In 2019, Polar Outfitting was named the Top Aboriginal Business of the Year at the Arctic Indigenous Investment Conference and represented Nunavut at the New York Times Travel Show. 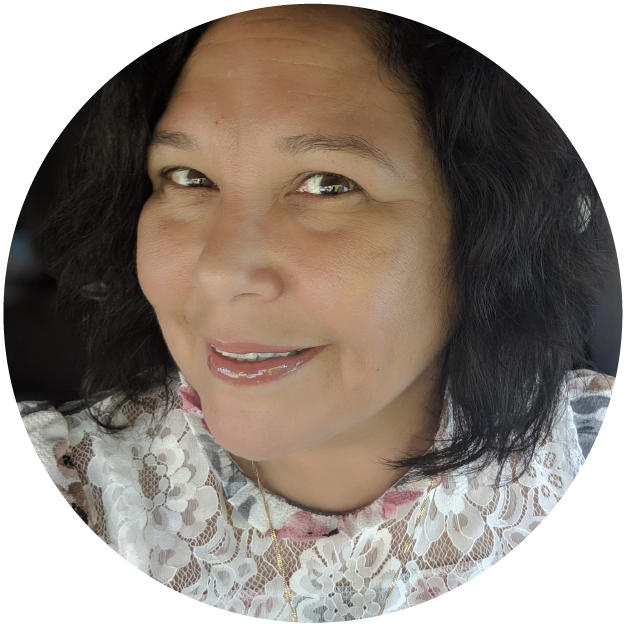 Sheila Flaherty is Inuvialuk. She called Ottawa home for many years, during which time she worked for international, national, and grassroots organizations focused on Indigenous and Inuit rights. In May 2010, Sheila and her partner, Johnny Flaherty (originally of Grise Fiord), relocated to Iqaluit, where she has continued her public service with government and non-governmental organizations. Sheila is as passionate about harvesting and cooking as she is about public service, so it should come as no surprise that in 2017, she made it to the Top 24 of MasterChef Canada’s fourth season. Since then, she has been busy catering and appearing in television and film productions about Inuit food and food security. Sheila prepared hors d’oeuvres for Prince Charles and Duchess Camilla during their Royal Visit to Iqaluit. She was also the first Inuk chef to co-develop the menu for Inuit Tapiriit Kanatami’s A Taste of the Arctic at the National Arts Centre. Sheila and Johnny recently incorporated sijjakkut, which means “by the seashore” in Inuktitut. sijjakkut, which is in the business planning stage, will focus on culinary, ocean-to-table and land-to-table tourism. 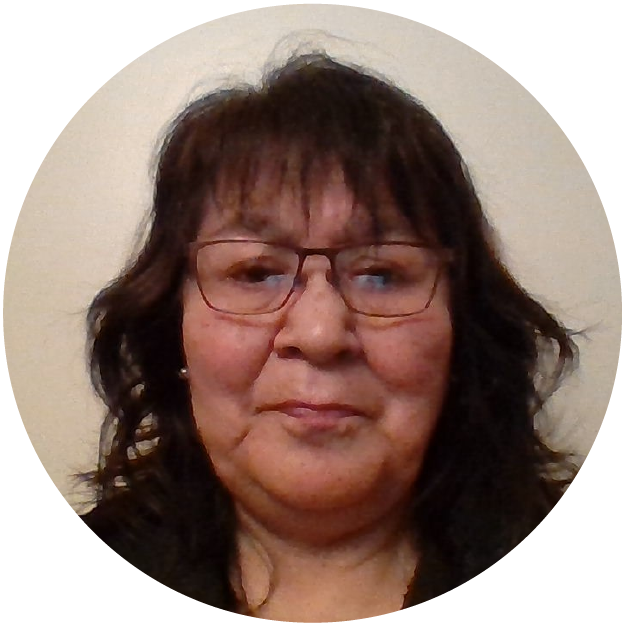 Mavis Elias Adjun is Inuvialuit from Sachs Harbour, Northwest Territories, though she now calls Kugluktuk, Nunavut, home. Growing up on Banks Island, Mavis developed a close connection to and a deep respect for the land, waters, and culture of the Inuvialuit. In 1994, she moved to Kugluktuk, where she got married and raised a family. Since 2013, Mavis, her husband and her son have owned and operated Adjun Adventures Outfitting, a sport hunting outfitter that welcomes clients to the Arctic Coast in the spring and late summer. During the rest of the year, the Adjuns maintain Inuit traditions of hunting, fishing, and preparing traditional foods. Adjun Adventures Outfitting employs local guides, and also trains young people to become guides. Mavis is now ready to expand her company into eco-tourism. She wants to offer on-the-land, cultural experiences that will invite tourists to witness the natural beauty and history of her homeland. In addition to managing Adjun Adventures Outfitting, Mavis is a skilled seamstress, sewing parkas, mitts, mukluks, and hats for her family. She also enjoys preparing traditional foods, including caribou, muskox, moose, seal, fish, and beluga whale. 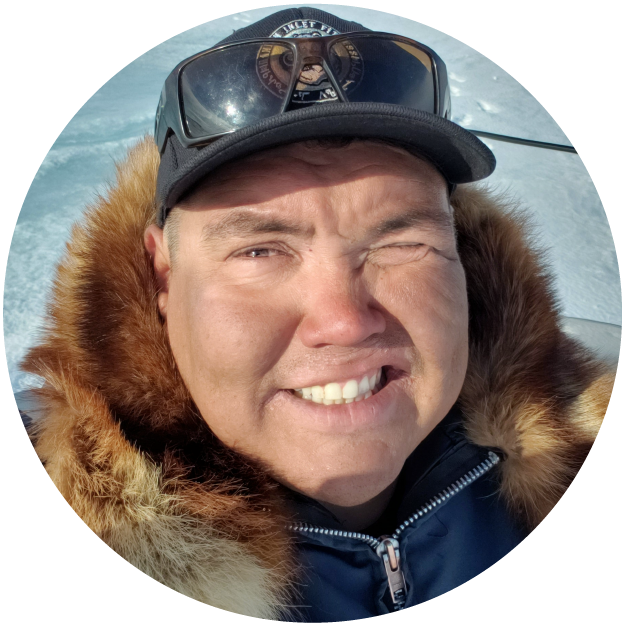 Atuat Shouldice is from ᑲᖏᕿᓂᖅ (Rankin Inlet), Nunavut. Atuat loves spending time on the land, hunting and fishing with his sons, and passing on his traditional knowledge and skills to them. When he’s not on the land with his family, Atuat works as a Resource Management Officer for Crown-Indigenous Relations and Northern Affairs Canada. He also works as a guide for cruise ships traversing the Northwest Passage, which provides him with opportunities to share his culture and knowledge with people from across Canada and around the world. Atuat has an eclectic educational background, which includes a diploma in environmental technology and tickets as a motorsport technician and heavy equipment operator. In his spare time, Atuat practices photography. In 2016, he navigated around Hudson Bay with his camera, travelling 1800 miles by snowmobile from Iqaluit to Rankin Inlet. With years of guiding experience under his belt, Atuat is excited to launch his own tourism business. He aspires to take film crews and photography groups on tours that will showcase the spectacular wildlife, landscape, and community life of his home. In addition, Atuat wants to bring groups of youth onto the land to teach them traditional skills. 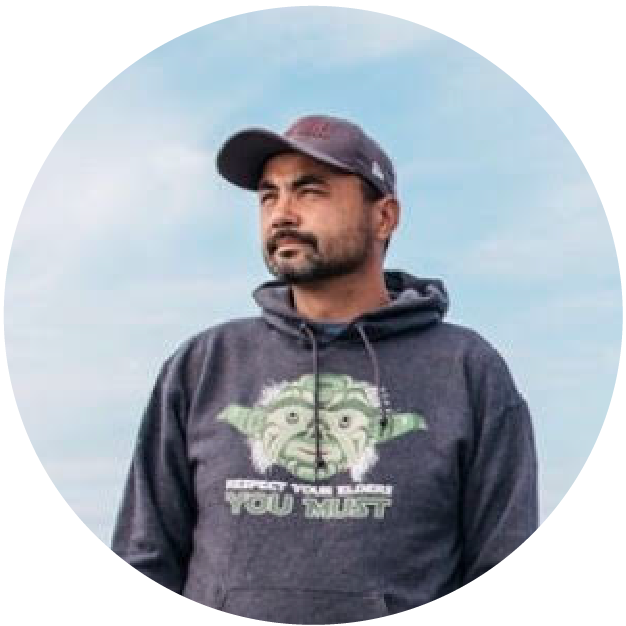 James is Métis and originally from Tųlı́t’ą, NWT. He now resides in Norman Wells, NWT and is the CEO of Sahtu Adventures Inc. Growing up, he spent most of his time out on the land with his Elders (he’d travel on the Great Bear River and the Keele River, every chance he got). James is grateful that the Elders have taught him so much about his Dene and Métis culture. He sees the value of this knowledge and wants to share it with others. James has been operating Sahtu Adventures Inc. for two years and really enjoys seeing how happy people are to be out on the land. “Our land and culture are so beautiful and it’s important to have our own people share this experience with others. It’s best to learn about an area from the people who have been there for thousands of years”. Sahtu Adventures Inc. offers hikes, fishing, guided or unguided canoe trips, boat shuttles for paddlers and boat tours with possible sightings of wildlife (like muskox, moose, caribou, wolves, and bears) and the chance to see the beautiful scenery that the Sahtu Region has to offer. 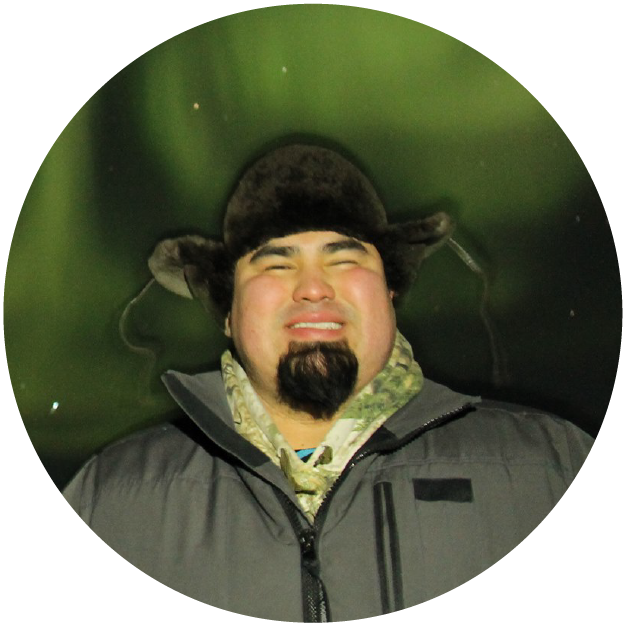 Dumaresq was born and raised in the North, and feels fortunate to have been brought up on a houseboat by parents with exciting careers in media. Over the years he has worked closely with a number of tourism mentors and has witnessed the industry flourish across the North. He now feels ready to open his own tourism business and showcase all that the N.W.T has to offer. A big contributing factor in this decision has been Dumaresq’s commitment to spending more and more time in his family’s home community of Lutselk’e, on the east arm of the Great Slave Lake. With the recent approval of the Thaidene Nene National Park, Dumaresq feels that it is a crucial time for him to contribute to his community and reconnect with his roots. He is in the process of opening a bed & breakfast in Yellowknife, and will be offering both aurora and cultural tours in the city and in Lutselk’e. Dumaresq plans to incorporate local culture and traditional teachings into all aspects of his tourism operations, and is determined to have a positive impact on the economic and social well-being of his community. 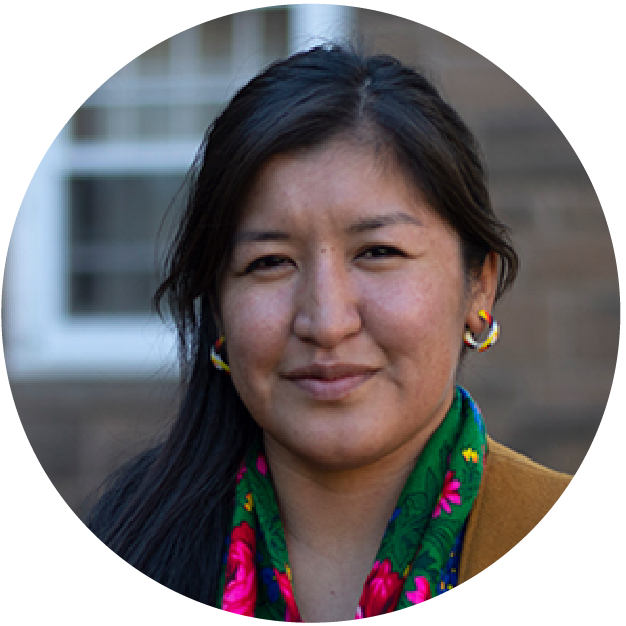 Bobbi Rose Koe is Teetł’it Gwich’in from Teetł’it Zheh (Fort McPherson) in the Northwest Territories. Though she now lives in Whitehorse, Bobbi Rose was raised by her grandparents and community on the banks of Teetł’it Gwinjik (Peel River) and travelling throughout Gwich’in Country. Bobbi Rose feels most at home on the land with her family and friends, surrounded by the traditions, values, and stories of the Gwich’in people. In 2015, Bobbi Rose paddled the Wind River with CPAWS Yukon and four other youth. Inspired by the journey, Bobbi Rose and two of her fellow paddlers created the Youth of the Peel Society, an organization that leads canoe trips in the Peel Watershed to show and share the land with other youth. She believes that all youth should experience being out on the land and spending time with Elders. In 2019, Bobbi Rose began working for Nahanni Wild and has since guided a number of trips. She now wants to start her own paddling adventure company. Revenue generated by guiding visitors down the Peel River will support canoe programming for local youth.