Celebrate with the Beyond Borders Group! 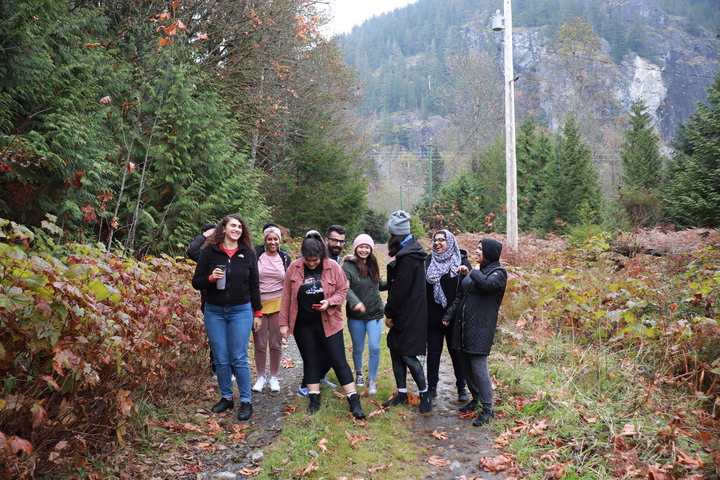 Tickets for the Beyond Borders Closing Event are available here.

The following blog post was written by Camille Dumond, Manager of the Refugee Livelihood Lab.

When the 2020 cohort of the Refugee Lab first gathered, we played a get to know you game. Each person moved to a spot in the room to show where they were born. We stood closer to each other if born in neighbouring countries, farther if from separate continents. Our group of 25 was from 15 different countries of origin.

However, the Lab is a place to discover systemic patterns. So, we paused and looked around. We saw there were two people born in North America standing in the centre of our opening circle of chairs. They had lots of space around them. Outside the circle, squished together in a clump representing countries in East Africa, South Asia, South America and the Middle East – was everyone else!

We asked the group what they felt when they saw this pattern we had inadvertently created. One person said it was uncomfortable to be so squished, but it also felt good to be with fellow country-people. Another said her continent of Africa was in reality way bigger than North America, but she was not surprised it turned out this way. Many people don’t recognize Africa’s prominence, she noted. The North American people felt embarrassed by the disparity, asking why did they have all the space and centrality? It seemed unfair, isolating. Others outside the circle said this pattern reminded them of  their lives: like when they attempted to take less space in conversation because English was not a mother tongue, or when they left part of themselves at the margins by acting more “Western” than they felt or wanted to be.

Over the program, this experience became a metaphor for the changes we were designing. We asked, “Seeing what we see…How might we place ourselves now?” We noticed people moving to take up more space, enough to be comfortable. This new pattern shaped our project choices. For example, one group began developing a pop-up social space for Black youth. Another group is filling a gap to amplify the spaces migrant women can occupy in electoral politics.

We noticed people building detailed maps of the issues faced by their communities. Like one leader, who is articulating the specific needs of Tigrinian speaking single mothers in Surrey. Or the project featuring a podcast on how Iranian youth navigate tensions around culture, religion, sexuality, which starts to give weight and nuance to the experiences of diasporic youth.  We also noticed people questioning what it means to be on Indigenous lands as migrant people, looking at the link between displacement and colonization of Indigenous peoples here and around the globe. Read about this cohort’s projects here.

Bring your reflections and join us February 13th, 5:30-9:30pm at Surrey City Hall Atrium.  Learn more about the inspiring 2020 cohort’s projects, take up space and celebrate with us! Get a free ticket here.