In the words of Steve Tornes, one of our dear 2020 Fellows: “I look forward to Tuesdays (when we hold our sessions) more than I do Fridays.”

The RADIUS Fellowship is on paper, a four-month professional-development program. In practice, it is a four-month trek through the wilderness of the soul.

They started us off easy. At our opening retreat, we sat by a campfire as the evening March chill tried to surround us and failed, giving up in a puff of sparks from the burning logs. We ate chips. Basked in the beauty of Squamish. And then, bam! Just two days into meeting each other, we had some real-life practice in conflict resolution. We sweated. Made up. Kept going. We would go through peaks of joy and valleys of hard times together, but we didn’t dial back the intensity.

The Fellowship is rooted in the belief that ‘inner-work,’ developing the self-awareness, identity, and integrity of a person, is the foundation of any leadership development. Throughout the course of the four months, we dug into our identities; where we come from, what our ‘mountaintop goals’ were. We learned about different frameworks for looking at the economy. We sat uncomfortably in a circle, most of us who speak multiple languages, as Sempúlyan Gonzales, a First Nations Elder told us how the government had made it illegal for Indigenous people to speak their native languages. We learned the difference between ‘complicated’ and ‘complex’ problems. We learned about organisational trauma, and the difference between ‘dignity’ and ‘respect’. We helped each other see our strengths. We danced. Yes, we cried.

I cannot overstate the impact the Fellowship has made in the trajectory of my life. I gratefully credit this impact to the people I’ve had the honour and joy of sharing this journey with. To the external world, we are communicators, directors, data analysts, lawyers, and unemployed; too young, too old, too brash, too quiet; to each other, we are people with whom we’ve sang and shuddered and shared intimacies of our fears and joys. We have emerged together from the wilderness, with a bond to outlast time and experience.

Allow me to describe two instances that seem disparate but are connected by what I’ve learned in the Fellowship:

The first, in 2009, two people met to talk about human flourishing. There was Matthieu Ricard, a Buddhist Monk born into the French intellectual elite and who grew up having Nobel Prize winners stop by for lunch; and Krista Tippett, producer of the On Being Project, who had worked in some of the highest circles of political strategy in Europe. For both of them, their spiritual journeys were sparked when they realised, as Ricard put it, “you can be a genius in your field, and yet remain a dreadful person in daily life.”

The second instance was the comments from New Zealand Prime Minister Jacinda Ardern on the global acclaim of her compassionate and substantial response to the Christchurch tragedy in 2019. After the shooting, she chose to focus on the grieving families and refused to speak the shooter’s name. She introduced legislation banning military-style semiautomatic weapons, and launched an international summit to curtail the use of social media to promote violent extremism. Ardern later told the Guardian “very little of what I have done has been deliberate. It’s intuitive… There is very little time to sit and think in those terms. You just do what feels right.” When we have taken the time to reflect and build intuition based on compassion, integrity, and respect, taking the right actions becomes simpler.

In a world of crises, it seems natural to rush. After all, there is an awful lot to do; a dizzying amount of greenhouse gas emissions to mitigate, human lives to save, and tonnes of food to rescue from the waste stream, all in a hurry. But the Fellowship has taught me that in this time of conflict, there is even more need to cultivate inner strength, compassion, and an unwavering quality of awareness. And joy! For if we are called to act, we must do so with an intuition that is rooted in integrity. The quality of our inner character is inescapably reflected in the external work we do.

What else can I say to convey the enormity of the Fellowship’s impact? My ability to communicate is inadequate compared to our capacity to feel, so I will close with thanks. When it’s all said and done, the only thing left will be the people and our connections with each other. I am deeply grateful to the Fellowship, our facilitators, our advisors, the RADIUS staff, our cohort, and the land. May I remember what you continue to teach me.

The RADIUS Fellowship is made possible by funding from Shaw, Scotiabank, Beedie School of Business, and the Charles Chang Institute for Entrepreneurship. 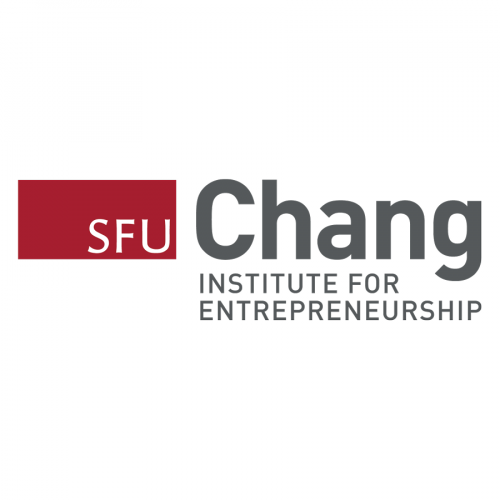